Why are Eton’s students adorned with flowers? 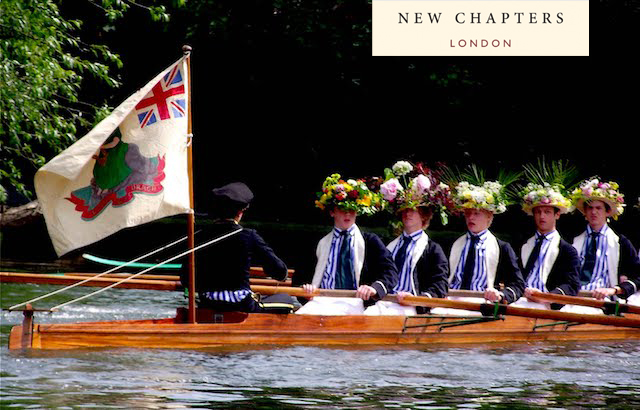 Summer is finally here in June, as the British social season kicks off, schools are also embracing their own traditional festivals. The renowned Eton College, for example, holds an annual celebration every early June to celebrate George III’s birthday. This year’s event was held on June 16th. 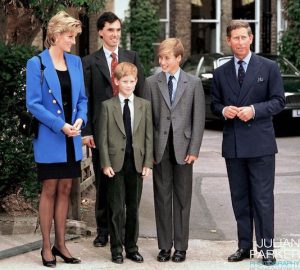 The history of Eton’s holiday: 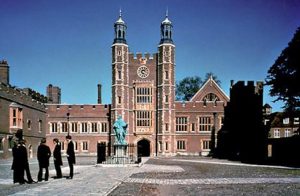 Eton was founded in 1440 by King Henry VI as “Kynge’s College of Our Ladye of Eton besyde Windesore” to provide free education to 70 poor boys who would then go on to King’s College, Cambridge. 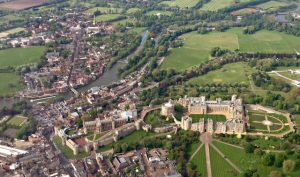 The school grew and flourished particularly under the long reign of King George III (1760-1820). George spent much of his time at Windsor, frequently visiting the school and entertaining boys at Windsor Castle. The school in turn made George’s birthday, the Fourth of June, into a holiday which is now equivalent to the school’s parents’ day or open day.

This “occasion to see parents and make merry in the midst of exams” (quoting from an Eton student blog) is now marked by speeches, cricket, a procession of boats, and picnics on “Agar’s Plough”, but at the beginning, celebrations were actually quite different from today.

The Procession is a ‘row past’ by most of the school’s boat club in front of the parents and the teachers assemble in one of the school fields that rolls down to the Thames. It starts with the most senior boys’ boats and ends with those of the youngest.

It started as an informal water pageant. Run entirely by the students without the school’s permission, the boys amused themselves by rowing up and down the river in fancy dress, with flags and bunting adorning the boats. It was not until 1840 that the school finally accepted it as an official school activity. 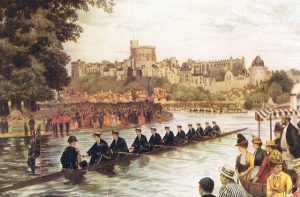 Simply watching boys ‘row past’ can be boring, but Eton made it special by adding certain rituals into its tradition—at a certain point in the procession, the crews of each boat stand and raise their flower adorned boaters to cheer the Queen, the School and the memory of George III whilst shaking the flowers from their boaters into the river. The three most senior boats stand with their oars fixed resting on the water whilst the remaining boats raise their oars to the vertical and then salute with their boaters. This can be very tricky and sometimes it results in boys taking an early bath. 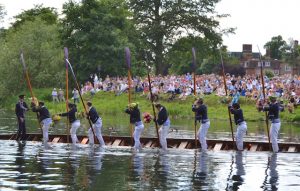 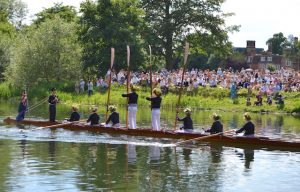 Sadly, The Fourth of June is no longer a pure celebration, it has also turned into a competing social event.  According to one student’s blog, while students in their everyday student lives do not judge each other based on their families, “The fact that so many parents, especially mothers, treat it as a purely social occasion, means that there is a lot of one-upmanship. The fancy Land Rovers and Mercedes are brought out, the designer dresses and handbags are on show and everyone vies to have the best picnic on Agars, with massive gazebos overflowing with fresh salmon and Moet.” 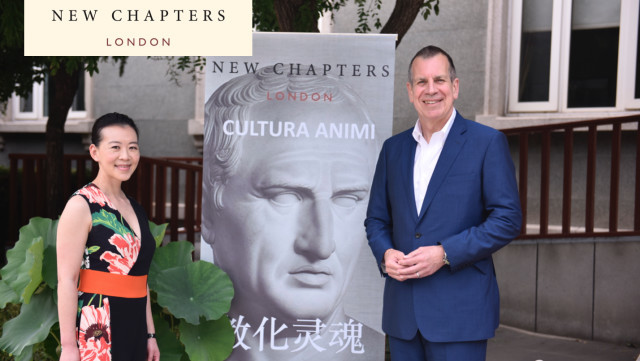